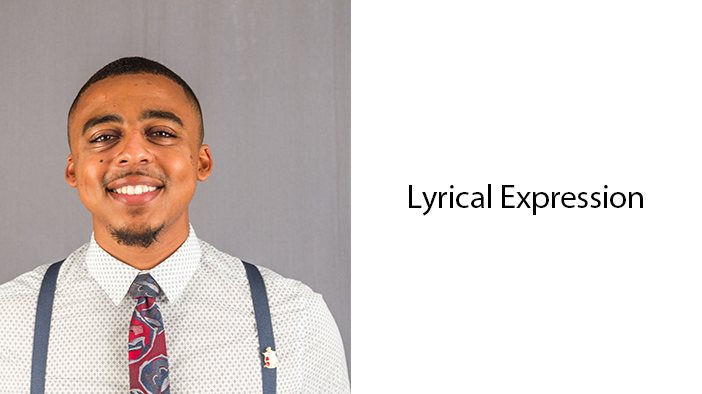 Tyler Heeter joined The Motivational Edge in November of 2019 and currently serves in the role of Lyrical Expression Instructor/ Teaching Artist. Tyler is a local artist and producer from North Lauderdale, Florida. Growing up in the projects of Broward County, Tyler endured a significant amount of adversity. He witnessed first-hand many of the harsh realities of life and developed a keen sense of self-awareness from an early age. Tyler refused to become a product of his environment and used these experiences to fuel his ambition to become something greater.

At the age of 5, he fell in love with music. While his mother would work multiple jobs, just to make ends meet, Tyler would record himself on a karaoke machine using cassette tapes, beat CD’s, and an old microphone. The moment he heard his voice for the first time, it sparked something deep inside of him that he had never felt before. Without knowing it yet, that spark would ultimately lead him to pursue a career in music.

As time progressed, Tyler would become the first person in his family to graduate both high school and college. After graduating from Florida State University with his Bachelor’s degree in Economics, he began working for a retail construction company in Miami, Florida. However, after landing a great job after college, he began to realize that he was not fulfilling his passion and decided to take a risk by following his dreams. Tyler than decided that he would go back to his roots and serve in his community. Hoping to make a real impact, he began working as a Life Coach at a non-profit organization dedicated to providing direct support services to at-risk youth in the Broward County TIL community. Tyler began working with youth who were either in formal or informal foster care, had delinquency involvement, or identified as LBGTQ. After a short period of time, Tyler realized that he could use his passion to make real sustainable connections with the youth through music.

After spending years honing his craft, Tyler made it his mission to use his love for music to bridge the gap between at-risk youth and self-expression. Tyler understands many of the struggles our youth our currently challenged with, specifically in high poverty communities. It is this deep understanding and his passion for pouring into the youth that motivates him daily. Tyler prides himself on his ability to make genuine connections with the youth and instill life lessons through his love for creating music.

“Music is the universal language. We all have music inside of us. Sometimes we just need some help pulling it out.”