As seen on CBSMiami

Before a teacher heard 16-year-old Ines Hernandez singing to herself at a bus stop two years ago, she admits she had some anger issues.

That teacher recruited her to The Motivational Edge afterschool music program.

Hernandez says she learned to vent her frustrations on paper, writing lyrics.

“She was shy, she was avoiding me,” said her mentor, music producer Desmond “Chize” Symonette, her instructor at Motivational Edge, who heard her playing the piano and singing along, and forced her out of her shell to perform in front of other students.

In a classroom bursting with creative expression, Hernandez and other Miami Jackson Senior High students, find refuge after school four days a week. The organization uses arts as a platform to inspire youth toward academic achievement, increased self-confidence and the building of essential life skills.

“I would like to give them a way to express themselves,” said Symonette. “That’s really the key. It’s not that we’re going to be able to save the world, but at least we’ll be able to change the lives of our future, which is our youth.

Symonette has witnessed the transformative power of music firsthand.

“I’ve worked with youth for years with doing this, and it’s so amazing what music can do for the human, the therapeutic aspect of it,” he said. “A youth that could be a drug abuser, could come in, and all the pain and everything that you’re dealing with– let’s put it on paper.”

Symonette, a successful music producer, understands the teens’ stories, because he was one of them, growing up in Liberty City with a passion for music, but not enough resources. He says he made some wrong turns, but music helped him turn his life around.

Hernandez is following her mentor’s example. She says singing makes her more confident, and she hopes to help other students find their voices, as well.

“It makes me realize that I’m not just writing music to write music– I’m writing to give to other people,” she said. “I’m writing it to help other people cope with the same things I’m coping with.”

For Symonette, the reward could not be greater.

“Some would say that purpose as a musician, is just to express their art and show it to the masses, but you have to really think that this is a vehicle,” he said. “If you can inspire, instead of just showcase, I think that’s the ultimate fulfillment, and that’s your purpose. This right here, is me using my abilities to motivate, to inspire, to be a mentor, to possibly change a life forever. That’s real fulfillment.”

Hernandez and her young fellow musicians enter that classroom as a family now, and that is where they continue to break barriers.

Hernandez recently received a scholarship from the Carnival Foundation for her outstanding academics, and also reached the semi-finals in the Young Talent Big Dreams vocal competition. She says she hopes to pursue an education in music or law.

To find out more about The Motivational Edge, visit https://themotivationaledge.org.

If you are a mentor and would like to share your story with us, please email us at mentoringmatters@cbs.com. 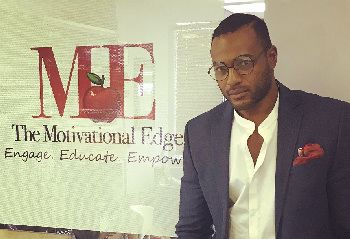 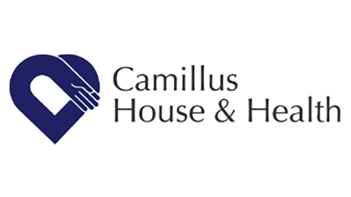 Camillus House – COMMUNICATING THROUGH THE UNIVERSAL LANGUAGE OF MUSIC